Hello friends! You know the feeling when you read a brilliant book and you go out and get every book that author ever written only to discover each book is better than the last? Yeap, that's what I've done in the case of Stewart Giles. He has become one of my top five mystery/thriller writers! I recently read his book Miranda and here is my review. Spoiler Alert: the book is BRILLIANT!!!!

‘My name is Miranda. I’ll be twenty-eight-years old soon, and I’m a serial murderer.’

From #1 bestseller Stewart Giles comes a completely stand-alone psychological thriller that you don’t want to miss.

Miranda is a unique read, the best book yet by Stewart Giles.  Sentenced to life in a secure hospital for the murder of 12 people Miranda tells her story.

In the meantime, the reader is transported back to the time of the murders as we follow DI Keene and her team along the many twists, turns and dead ends as they try to find the murderer of several unrelated victims.

This is an edge-of-your-seat, adrenaline pumping read that will have you turning the pages all the way to the totally unexpected ending.

Buckle up this is a bumpy ride

Dunford is a fictional town in South West England. 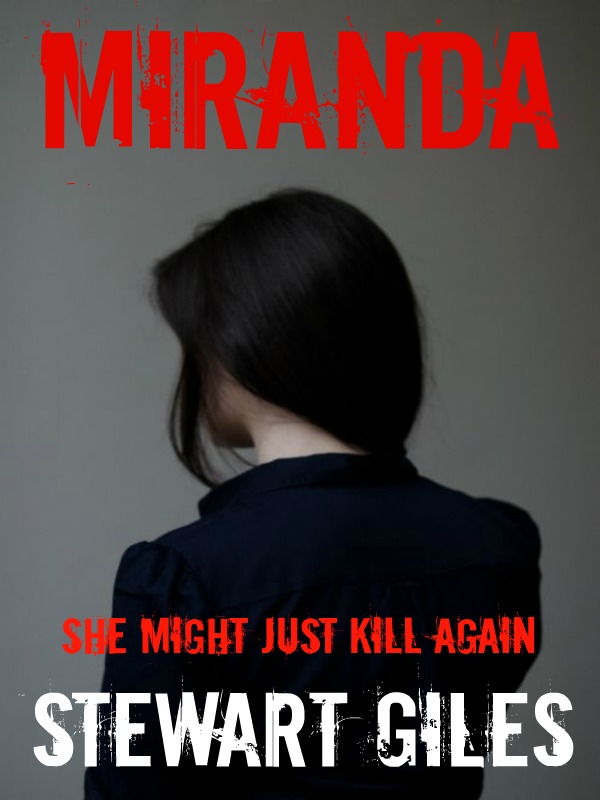 If the "spoiler alert" at the start of the post didn't give it away, I will also write it here. The book was brilliant!

From the first page of the book and the tagline about Miranda having killed 13 people, till the end of the book, I couldn't put it down! This is a page turner with brilliantly writen characters, amazing edge-of-your-seat suspence and a totally TOTALLY unexpected end!

If you only read one book this month, read this one!

After reading English at 3 Universities and graduating from none of them, I set off travelling around the world with my wife, Ann, finally settling in South Africa, where we still live. After Ann dropped a rather large speaker on my head I came up with the idea for a detective series. DS Jason Smith was born. Smith, the first in the series was finished a few months later. 3 years and 8 DS Smith books later, Joffe Books wondered if I would be interested in working with them. As a self-published author, I agreed. However, we decided on a new series - the DC Harriet Taylor Cornwall series. The Beekeeper hit the shelves and hit the number one spot in Australia. The second in the series, The Perfect Murder did just as well. The third in the series, The Backpacker I have self-published and there are plenty more to come. Unworthy, the ninth Smith instalment was followed by a totally new start to a series – a collaboration between the Smith and Harriet thrillers. Entitled The Enigma, it brings together the broody, enigmatic Jason Smith and the more level-headed Harriet Taylor. Miranda is something totally different. A stand-alone psychological thriller, it is a real departure from anything else I’ve written before. A new Smith/Harriet book is in the pipeline as is the 10th Smith instalment.